What a very lucky man that Corey Mohan is. Not only does he get to take this historical and beauteous voyage, spending days and weeks swirling through some of the best scenery to be had, but when he needs a little help from his friends, they show up.

Dan C. and Jim M. after running the portage

When Corey put out a call for a portage party Dan and Jim responded by driving to Solon Springs Wisconsin, pulling Mr. Mohan off the water trail, feeding him a great supper and letting him sleep in a real, live bed. The next morning the three men and two dogs accomplished the St. Croix/Brule portage in near record time (that’s the truth, that is) and reinserted Corey into the next stage of his trip. 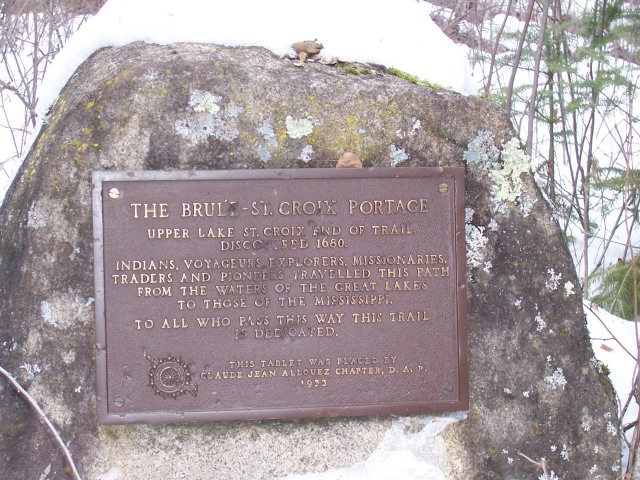 A shot taken two winters ago of the marker for the St. Croix/Brule Portage

Jim, not far behind

I’m sorry to say I have no photographic evidence that Corey carried anything. But surely he did – a small bag of crackers perhaps?

After realizing the beginning of the Brule was too teeny to paddle or pole, Corey got out and began to walk his way to Gitchgumee. As the river widened and he was able to paddle, Pad2Mad soon encountered the classic and peaceful Brule scenery.

And then the not-so-peaceful Lenroot and Mays class three rapids. 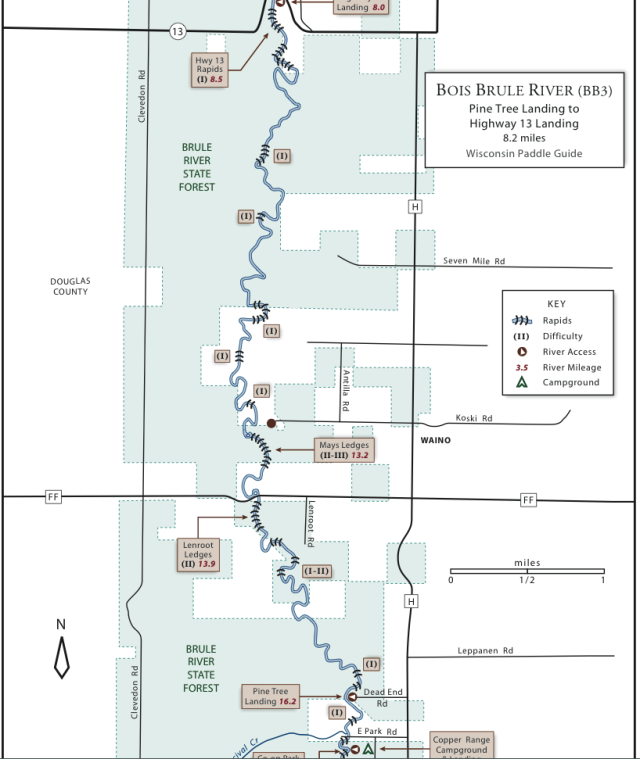 Looking back upstream during the portage around the rapids 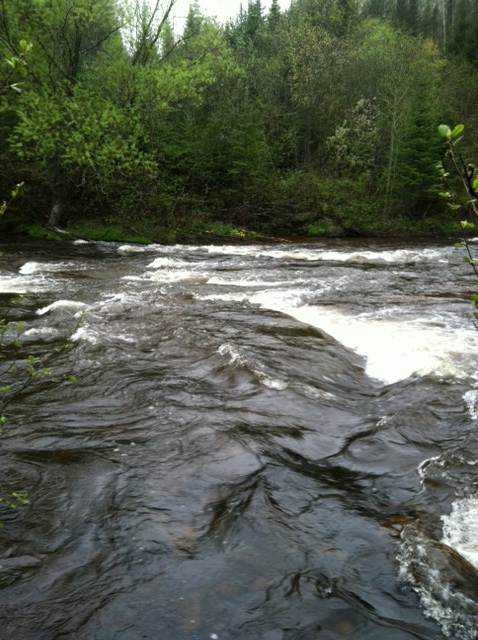 Here is a great guide to the Brule and other paddling rivers in Wisconsin.

After the rapids and some pretty heavy weather Corey thought he might be a few more miles from Superior – but as he rounded the next bend the great lake hove into sight. (I’ve always wanted to say something hove into sight. A lake can hove, can’t it?)

Pelagie at the mouth of the Brule 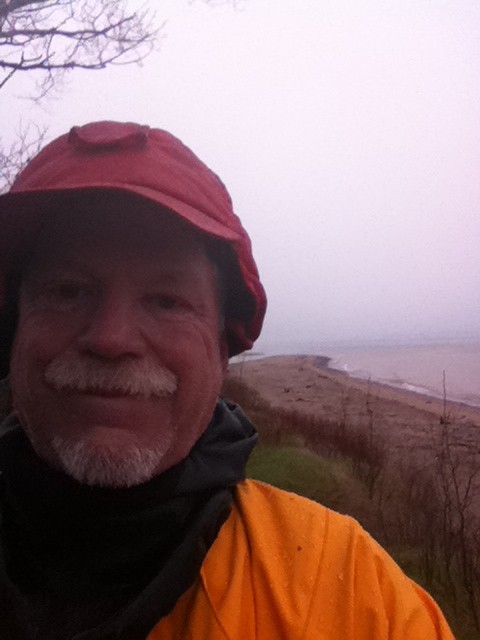 Corey after his hardest day of paddling, early morning, May 23

Corey tooled along the big lake, had lunch in Port Wing and continued on to Herbster. Look at these lovely photos of his evening there.

Pelagie just outside of Herbster, Wisconsin 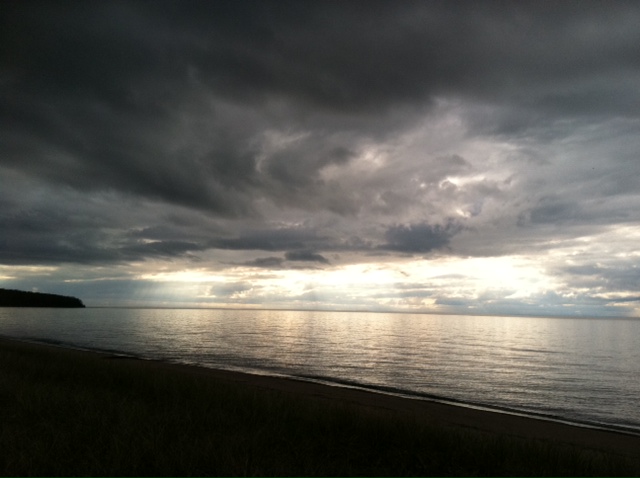 Keep your fingers crossed for safe passage tomorrow, past the ice caves near Cornucopia.

Ice hanging on into May, this is just shy of Herbster

This entry was posted in Brule-St.Croix portage, Lake Superior. Bookmark the permalink.